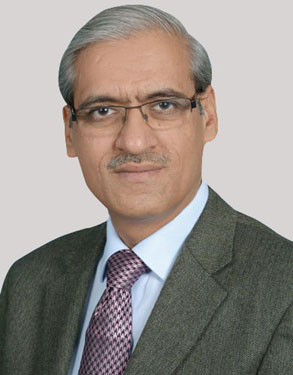 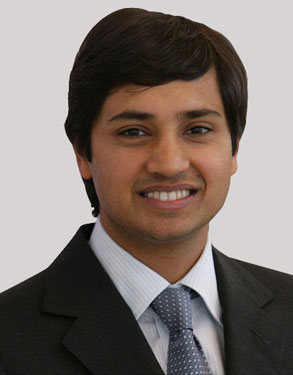 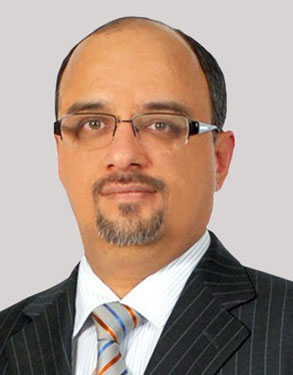 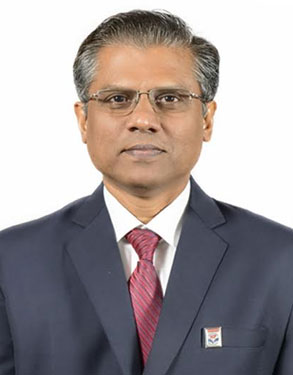 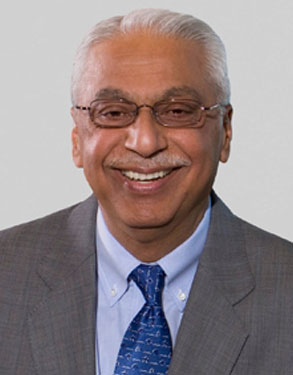 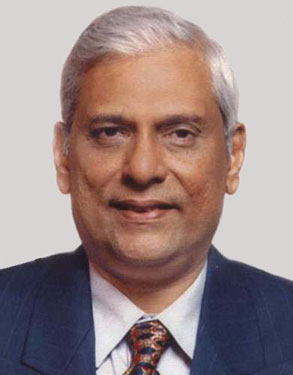 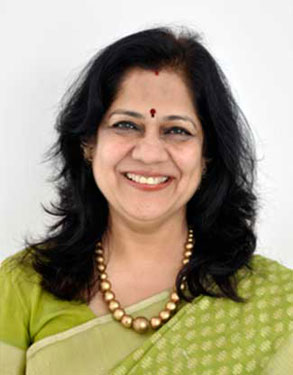 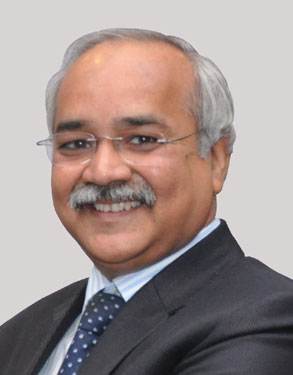 A Mechanical Engineer with a Master's degree in Financial Management, Mr. Surana joined HPCL in 1982. During his career spanning over 36 years in the petroleum industry, Mr. Surana has handled a wide range of responsibilities including leadership positions in Refineries, Corporate, Information Systems and Upstream businesses of HPCL. He has been closely involved in strategy formulation, business process re-engineering, major projects implementation, refinery operations, corporation-wide Enterprise Resource Planning (ERP) implementation, acquisition and management of upstream assets, etc.

Mr. Surana has vast experience in the domestic and international oil and gas business and is known for his business acumen, innovative ideas and people-centric leadership. In his various roles, he has been able to empower teams to perform and deliver exceptional results through positive engagement and a shared vision. He was a Core Team Member for corporate-wide ERP implementation in HPCL which now forms the backbone of all business transactions at HPCL.

A certified competency assessor and a project management professional, Mr. Surana has also been actively associated with various important industry forums in the oil and gas sector.

In 2008, Aditya Mittal was named "European Business Leader of the Future" by CNBC Europe, and he was ranked fourth in Fortune magazine's "40 under 40" list in 2011.

He is a Board Member of the Wharton School and also serves on the Board of Iconiq. He is also a significant supporter of the Great Ormond Street Hospital in London and works closely with UNICEF, focusing on Children's healthcare in India.

Aditya graduated with a Bachelor's degree in Economics from the Wharton School in Pennsylvania, US.

Mr. Tandon is an Honours Graduate in Accounting and Commerce from St. Xavier's College, Kolkata and a Fellow of the Institute of Chartered Accountants of India (ICAI) and member of the Institute of Internal Auditors. He also serves on the Board of various Group companies.

Mr. Vinod S. Shenoy took charge as Director, Refineries, HPCL from 1 November 2016 and has been co-opted on the Board of HMEL. Prior to this, he was the General Manager, Refineries Coordination, HPCL.

After completing his Bachelor's degree in Chemical Engineering from the Indian Institute of Technology (IIT)- Bombay, Mr. Shenoy started his career with HPCL in June 1985. During a career spanning over 31 years, he has held various positions in HPCL's Refinery Divisions and Corporate Departments and has wide exposure to the petroleum industry.

Mr. Bindra has an extensive executive experience with large international organizations in the USA, Australia and India and is currently on the Supervisory Board of LyondellBasell, one of the largest plastics, chemicals and refining companies in the world.

He has been the President of Chevron Global Manufacturing, managing its worldwide manufacturing operations, comprising of 20 refineries across the globe. Among the many successes of his 32-year career at Chevron, Mr. Bindra led an initiative to negotiate financing, design, and for construction of a critical pipeline to move crude oil from the Tengiz field in Kazakhstan to the Black Sea. Mr. Bindra brings extensive experience in research & development, refinery engineering & operations, project management, strategic planning and international business management.

He was the chairman of the University of Washington College of Engineering Visiting Committee from 2013 to 2017 and past vice chairman of the Association of Oil Pipe Lines. His past Board of Directors affiliations also include Edison International/Southern California Edison Company, WorleyParsons, Transocean, Caltex Australia Limited, GS Caltex (South Korea), Transfield Services Limited (Australia) alongwith Reliance Petroleum Limited and Larson & Toubro Limited.

In 2008, Mr. Bindra received the prestigious Diamond Award from the University Of Washington College Of Engineering's in recognition of his career achievements. Mr. Bindra was named Distinguished Alumnus of the Indian Institute of Technology, Kanpur in 2000. Mr Bindra has served as the Distinguished Honorary Professor at Rajiv Gandhi Institute of Petroleum Technology in the past.

Mr. Arun Balakrishnan is the founder Chairman of HMEL and is currently a member of the Board. He was the Chairman & Managing Director of HPCL till 31 July 2010 and was responsible for the formation and development of HMEL and HMPL.

Currently, Mr. Balakrishnan is on the Boards of a number of companies as Independent Director besides being a Member of the Board of Governors, University of Petroleum & Energy Studies, Dehradun and a Trustee of Bangalore Little Theatre. He is also the immediate past President of the Indian Institution of Industrial Engineering.

A Chemical Engineer with a Post Graduate Diploma from the Indian Institute of Management (IIM), Bangalore, he is the recipient of the "Distinguished Alumni Award 2008" from his alma-mater. In the recent past, the All India Management Association has conferred a fellowship and the Institute of Engineers (India) has presented a Scroll of Honour on him in recognition 'of his outstanding contribution to the profession of Chemical Engineering'.

At HPCL, Mr. Balakrishnan introduced a number of contemporary people management initiatives. As a result the Corporation came to be acknowledged as one of the 'Best Employers in India -2004' in a study conducted by Hewitt Associates and CNBC - TV 18. Under his leadership, HPCL was also the recipient of the 'Award for Best Work Place Practices' by the Asian Forum for Corporate Social Responsibility, the Philippines in 2004. HPCL also received the Golden Peacock National Training Award for 2005 and an award for Commitment to Building and Learning Organisation by Peter Senge in 2006.

Dr. Vaijayanti Pandit, Advisor, Welingkar Institute of Management, is former Senior Director, Federation of Indian Chambers of Commerce and Industry (FICCI) and headed FICCI West from 2006-12, before which she was Vice President, Public Affairs, Adfactors PR, Mumbai. She has a PhD in Management Studies with specialisation in Entrepreneurship Development from Jamnalal Bajaj Institute of Management Studies (2001) and a Masters degree in Political Science from the University of Pune (1975). Dr. Pandit topped Pune University for graduation and has a diploma in Journalism with silver medals in writing and reporting from the University of Mumbai.

Dr. Pandit has spearheaded gender empowerment projects for the International Labour Organization (ILO) Geneva and has travelled to more than 40 countries with business delegations. She is the recipient of the Maharashtra Gaurav Puraskar for outstanding research in Entrepreneurship.

She authored Business @ Home published by Vikas Publishing House in 2001 and Everyday Yoga by Himalaya Publishing House in 2012. She is an Independent Director on listed and public limited companies including subsidiaries of Tata Motors Ltd. She is on the Board of the one of the largest NGOs in India, Pratham.

Mr. Prabh Das has been involved with HMEL since its inception including in the formation of the joint venture. He formally joined HMEL in 2008 and has been instrumental in setting up of the Guru Gobind Singh Refinery project and its operations thereafter. He possesses vast and wide-ranging experience in administration and management, having served in the Indian Administrative Services for over 25 years. He is responsible for leading and managing HMEL and its subsidiaries as Managing Director and CEO.

Prior to joining HMEL, Mr. Das served as Joint Secretary in the Ministry of Petroleum and Natural Gas from 2003 to March 2008 where he was in charge of the Refineries Division and was instrumental in implementing the auto fuel policy, strategic storage and new initiatives in oil diplomacy. He led the transformation of the domestic refining sector which included strengthening refining capacities, improving refining operations, safety aspects and introduction of new technologies.

During his tenure in the ministry, he was on the Board of Fortune 500 companies such as Indian Oil Corporation Ltd., HPCL, Mangalore Refineries and Petrochemicals Ltd., Chennai Petroleum Corporation Ltd. and Engineers India Ltd.

Mr. Das is a B. Tech (Hons.) from IIT, Kharagpur and completed his Master of Business Administration from Southern Cross University, Australia.